Richard is one of only six individuals in Canada to hold the highest sea kayaking certification possible (level 3 Instructor Trainer) and was the first person in Canada to achieve that designation by completing the program. He holds numerous Canoe instructor certifications and is the author of Paddle Canada's Coastal Canoeing program. Over the last fifteen years Richard has delivered more than 175 courses under Paddle Canada’s nationally accredited curriculum and has certified thousands of individuals.

Richard has many years of wilderness tripping under his belt including a sea kayak expedition up the west coast of Greenland that finished 400 miles north of the Arctic Circle.  He believes strongly that wilderness travel develops positive life skills and that by exposing youth and people of all ages to wilderness travel we create a more self reliant society. Jeff has been paddling both canoe and kayak for nearly 20 years and instructing for more than 10.  He holds Level 4 skill and level 2 instructor in the sea kayak program and numerous tandem and solo canoe instructor certifications. Jeff has taught the Adventure Tourism/Outdoor Recreation program at the College of the North Atlantic for more than 10 years teaching outdoor leadership, expedition behaviour, various skill courses (CANSI and Paddle Canada) and wilderness survival.

Jeff is currently serving as President of Paddle Canada and is a Master Trainer for the national PaddleSmart program. In addition, Jeff has spent many years volunteering with the Duke of Edinburgh program teaching wilderness navigation, leadership and paddling skills. Jeff is a graduate of the Outdoor Recreation program at Acadia University.

Jeff is extremely passionate about extended tripping and has participated in and led more wilderness expeditions by way of the paddle than perhaps anyone else in our province. Much like Richard, Jeff believes in the power that wilderness tripping has on an individual to recreate the soul and provide valuable life lessons in a way that only the wilderness can. 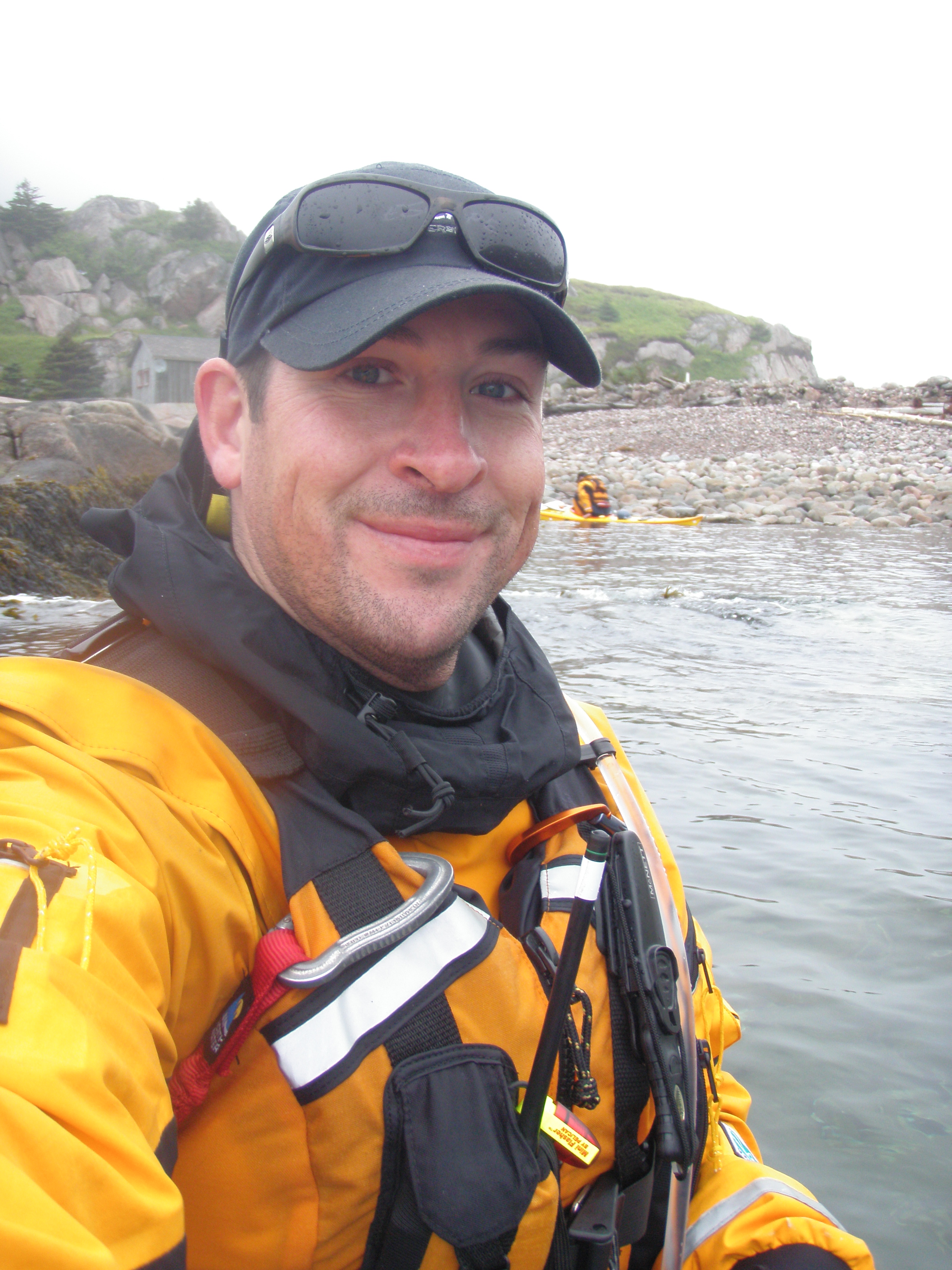 Corey is currently one of the most active canoe and kayak instructors in the province and is a strong advocate of the Paddle Canada national program.  He has been instructing since 2005 and is continuously refining and progressing as a paddler, instructor and instructor trainer.  He is passionate about helping people progress along their own paddling paths.

He has served as the Newfoundland and Labrador Regional Director on the Board of Directors of Paddle Canada, along with being a member of the Canoe Program Development Committee (PDC).  He has played a role in redesigning the existing Paddle Canada canoe certification program and is enthusiastic about its implementation and refinement. He is past president of the Newfoundland and Labrador provincial canoe club and remains very active in the provincial paddling community.

An enthusiast of canoe/kayak tripping, Corey has travelled extensively throughout the lakes, rivers and coastal environments of Newfoundland and Labrador.  He feels strongly that the process of travelling throughout wilderness is unparalleled in terms of self satisfaction and total escape from today’s society.  It is an activity that is great for the soul. Jonathan Walsh is one of the most active paddlers and instructors in Atlantic Canada. In addition to holding Paddle Canada Level 4 skill and level 2 instructor, he is currently the only person in Canada to hold Grand Master Level 5 status. Any person in Canada wishing to achieve the level 5 designation must be assessed by Johnny. He is also a Paddle Canada Moving Water Tandem and Coastal Canoeing Instructor.

A primary care paramedic by trade, Johnny is the resident medic and chief fire builder on our courses and trips. His is also a regular instructor and contributor at Paddle Newfoundland and Labrador (our provincial paddling association) events and has instructed at numerous symposiums and retreats in Newfoundland, Nova Scotia and British Columbia.

Johnny loves nothing more than being outside in the wilderness canoeing, kayaking, mountain biking, surfing, rock climbing or hunting. He never misses the opportunity for a wilderness trip and believes strongly that wilderness tripping can show an individual his or her true strengths and weaknesses in a way no other activity can. We're always eager to hear from people who are interested in our courses, or from alumni who've taken our courses and just want to let us know how they're paddling pursuits are going.

I have taken many courses, both professionally and recreationally. This has to be one of, if not, the best!